We live in the Northpointe neighborhood in Pensacola, FL… the one that got hammered with a tornado Tuesday night (February 24, 2016). Aubrey and Ragan were away from home, babysitting for some friends while I held down the fort with my younger two children. We knew that a fairly large stormfront was coming through, but I had no idea that we would be in the center of it.

The storm picked up and I knew it was a big one, but I’ve grown up in Florida and storms don’t really bother me all that much. The power went out fairly early in the evening and we had fun reading, playing the piano and enjoying some games. Aubrey, who still had power, was watching the news unfold and started checking in with us and letting me know how bad things were. I was surprised to find that apartment buildings and houses were being demolished right around us. Thankfully, our street was not hit and the only damage we suffered was the loss of a few fence boards.

Knowing that there were people out there who had suffered real loss, possibly of loved ones, I am reminded of the story in the gospel of Luke:

When we witness tragedies like this we should always keep in mind that death will be on people’s minds and hearts. They may have questions about how such terrible things can happen to “good people”. We who have the light of Christ should be ready and willing to share the reason for the hope that lies within us. We have the answers that the world needs and we need to be willing and ready to share not only the truth of the Gospel of Jesus Christ, but the love of Christ as well.

I’ll leave you with the first verse of “In Christ Alone”, which I thought was particularly apropos.

In Christ alone my hope is found
He is my light my strength my song
This Cornerstone, this solid Ground
Firm through the fiercest drought and storm
What heights of love, what depths of peace
When fears are stilled when strivings cease!
My Comforter my All in All
Here in the love of Christ I stand 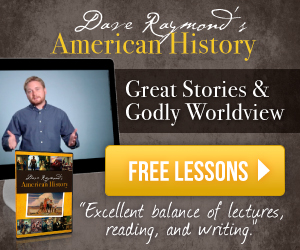